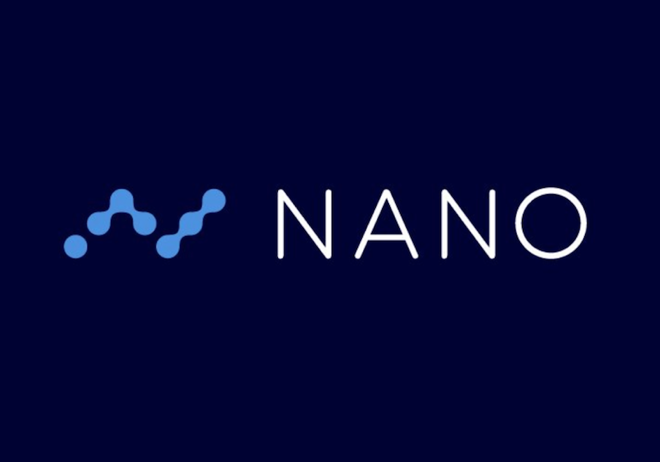 Nano has lately been in the news for a lot of reasons:

But what is Nano and what do they do? Currently, the 24th largest asset by market cap (~$1.25 billion USD), Nano (formerly RaiBlocks) is a digital currency providing instant and zero fee transactions. It achieves this using a “block-lattice” architecture, where each account has its own blockchain. Let’s find out more about Nano and how it hopes to revolutionize transactions.

Nano’s main mission is to solve the issues that come with mining in a Proof of Work network: high transaction fees and slow transactions as the ledger grows.

Nano’s vision is to bring digital currency to the masses, focusing on developing everyday use applications. Nano’s USP is the number of transactions it claims it can handle per second, more than 7000 transactions per second. (TPS)

Currently, stress tests have been able to achieve a peak of 300 TPS.

The distribution of the supply was done via faucets, as a reward for solving captchas, which ensured that Nano is decentralized.

How Do Nano Transactions Work?

Nano is designed so that each account has their own blockchain (called the account-chain) as part of a larger directed acyclic graph (DAG). This is a very different approach compared to blockchain coins that require the whole network to come together to update the ledger by adding blocks containing transactions from all across the network. Please note that an account-chain can only be updated by the owner of the account.

Furthermore, Nano wallets do the Proof of Work required for the next transaction as soon as a transaction is sent. This way it is “pre-cached” – both parties have the proof of work ready to go and transactions can be instantaneous.

Each transaction is stored in a separate block and is linked to the previous transaction. If someone tries to link to the same block twice, the system can reach consensus by doing a balance-weighted vote. Each account-chain can only be updated by the account’s owner.

The transfer of funds between accounts requires two transactions: a “send” that deducts the amount from the sender’s balance and a “receive” adding the amount to the receiver’s balance.

Security is maintained via a Delegated Proof of Stake Model (DPoS) – stakeholders vote for the correct transaction in case of conflicting transactions.

By utilizing this asynchronous method of block updating, Nano’s transaction throughput is essentially unlimited. Transaction speed is therefore limited only by hardware specs and network bandwidth, not the data structure or consensus mechanism.

Since there is no dedicated mining hardware involved, the environmental impact is greatly reduced.

The zero fee feature results in the question – what if someone decides to spam transactions? This is solved by the tiny amount of PoW that is required for every transaction.

Sybil attacks also do not work since the voting system is based on account balance.

A major challenge would be having efficient exchange implementations since this is a new protocol. More than 60% of representative power is held with official representatives, which technically make it vulnerable to a 51% attack, but this can easily be fixed.

Let’s take a look at few use cases of Nano.

Nano sells itself as an Ideal Trading Pair since Nano’s instant and zero-fee transactions make it ideal for cryptocurrency traders.

You can quickly pay friends and family using Nano whether you’re paying rent or splitting a taxi fare since transactions are zero fee and instantaneous. This could potentially be a game changer, but it depends heavily on how many people actually start using Nano.

It also makes sense to use Nano to pay small amounts for digital asset rights, content subscriptions and more, which is a possible application.

Nano makes a great choice for stores and businesses that want to accept cryptocurrency due to its zero fee structure. Currently, Nano adoption is growing daily and this map details all the stores that currently accept Nano across the world. 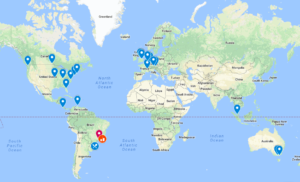 One of the biggest concerns with Nano is the uncertainty it has to face with the rebrand and the BitGrail issue.

Nano on their part is keeping communication brief and are continuing investigations to determine what caused loss of funds.

Initial investigations reveal the bug was caused by failed transactions sent to a node, that would be rebroadcast again, (possibly due to a faulty exchange implementation) resulting in multiple transactions for a single one.

Why did the node fail and why transactions were being rebroadcast, is something that can be determined only after more investigation.

Nano (formerly Raiblocks) was introduced to the world in December 2014 when the first whitepaper and beta version was released. This makes it one of the first Directed Acyclic Graph (DAG) based coins ever.

Nano has completed the following goals on its roadmap:

The following goals are in progress and planned for 2018:

Nano is meeting most of the goals on its roadmap on time, but what could be improved is adding a more detailed roadmap for 2018, since the new Nano website does not have any mention of a roadmap, it could be linked on there.

Colin LeMahieu is the Creator and Lead Developer of Nano. He has been a software developer for 10 years, working with Dell, AMD, and Qualcomm.

Zack Shapiro runs Mobile, Wallets, and Products on the Nano Core team. He has previously worked with Square, Splash and Product Hunt and was the founder of Luna.

As a community coin, Nano has contributors from across the world that help develop the project.

Nano is indeed an ambitious project that aims to solve a major pain point of blockchain based currencies, the scalability. It remains to be seen whether the technology behind Nano can actually handle millions of small transactions when widespread adoption happens, and more importantly, securely handle these transactions.

Nano faces competition from other DAG coins like IOTA and Byteball but coins that address scalability issues are the need of the hour.

Nano can improve by adding a more detailed roadmap to their website and creating detailed guides for the implementation of Nano for businesses and exchanges since it is a much more complex implementation than blockchains based on Bitcoin or Ethereum.