SEC setting up for a Bitcoin ETF to be approved in 2019? 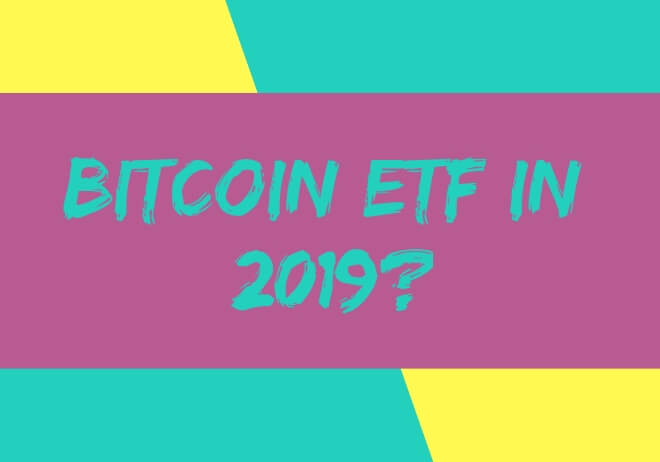 In a recent interview that SEC Commissioner Kara Stein had on Bloomberg she told the interviewers that the SEC has been carefully considering all past Bitcoin ETF proposals, applied for by the various crypto funds. So far none has been approved by the SEC, but one is still in the race, with a postponed decision in early 2019, this the CBOE backed application for a “physical” bitcoin backed ETF by VanEck and SolidX. But the SEC commissioner had some positive things more to say on this topic, which combined with some other developments in regulated finance that might make us feel more confident about the door being opened for an ETF to be launched finally in 2019.

She says that the SEC has issued Staff Letters that clearly describe what the SEC expects from cryptocurrency financial products (such as an ETF) in order to be approved by the SEC. She explained that this is just as similar as to a car gets approved to drive in public if it meets certain basic requirements such as breaks, seat belts, etc.. The same applies for a potential Bitcoin ETF and Stein described some of the most important aspects from those guidelines that should be met, such as:

(Here you can view the interview on Bloomberg)

If these most important aspects alongside with other standard requirements are met, she sees no obstacles for an ETF being approved. So how far are we on those issues?

Exactly those issues are challenging for the recent crypto market, as custody and storage of large honeypots of Bitcoin are almost equally difficult as that of nuclear waste (as a matter of speaking). Also the difficulty of accurate pricing under volatile circumstances on mostly unregulated (sometimes even shady) exchanges is still a pain point. And because trading of bitcoin is spread out over so many crypto exchanges, which makes each individual exchange rather illiquid, filling large orders of institutional magnitude form a huge challenge, and would mostly depend on liquidity from OTC (Over The Counter) markets.

However, recently there have been positive developments. First, last week the SEC announced a special division, called FinHub, that is aimed towards opening the conversation with fintech and AI startups, including crypto startups and ICO’s in order to help them with the regulatory environment. This means that the SEC takes a positive approach towards crypto business by finding ways for them to fit their business within regulatory frameworks. A positive approach to crypto business instead of a obstructionist approach, I consider a move in the right direction.

More important, however, is that the NYSE’s parent company, ICE, has announced that BAKKT (see our explainer video on BAKKT for more background information) will launch its physically settled daily bitcoin futures per Dec 12, 2018, even though approval by the CFTC is still pending, but this should only be a formality. An important aspect is that these futures will not be open to leveraged or margin trading, which also means that this futures trading technically (also because of the physical settlement of real bitcoin for the futures contracts) should play a role of importance in the price discovery of bitcoin itself. Opposed to the cash settled and leveraged futures on the CME and CBOE.

Part of the BAKKT ecosystem around the futures is the custody of the underlying bitcoin by the ICE Digital Warehouse. This should guarantee safe storage of the bitcoin within the BAKKT bitcoin futures trading and settlement market.

Considering the size of ICE and its other daughter company NYSE, it should not be much of a problem to open a sizable enough of a market and give access to bitcoin trading to financial institutions. Hopefully the size of a regulated trading market (fueled by BAKKT) will be enough for the SEC to change its opinion on how the crypto market looks by then.

As you can see, several of the issues could be largely improved by the launch of BAKKT from December. Combined with the SEC’s positive approach towards crypto business and the SEC Commissioner’s promising statements about the willingness to approve a bitcoin ETF once some of those conditions have been met, leads me to believe that 2019 could be the year of the Bitcoin ETF. Maybe even as soon as a potential approval of the SolidX/VanEck proposal in Q1, 2019. At least these initiatives seem to be paving the way to a better environment under which the SEC might consider approval.

Would that also be the start of the bull market? If the bear market has run its course and truly bottomed out by that time, there is certainly a high probability that an ETF approval price rally may turn into a sustained bull market. Hopefully though, the ETF demand for bitcoin will not lead to an overpriced bitcoin again in the years that follow (but it probably will), because if bitcoin’s fundamentals do not support the higher valuation, expect another big price correction after the “ETF effect” has worn out.