Blockstream’s Liquid Network – What is it and how does it work? 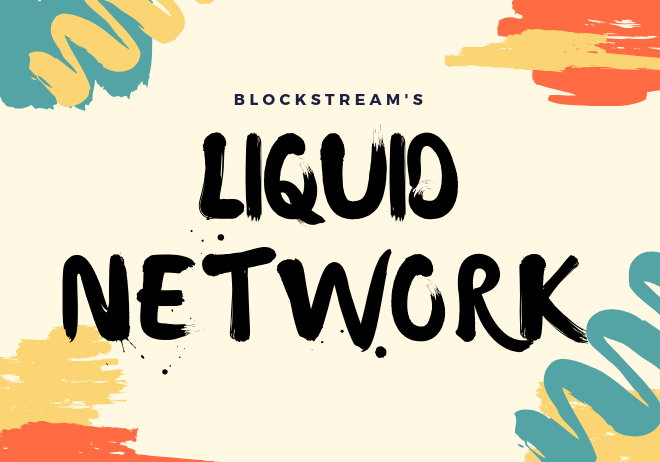 Last week Blockstream (a company that develops a lot of innovation for Bitcoin and has a lot of Core developers on their payroll) launched the Liquid Network since the 27th of September 2018. Liquid is supposed to be a second layer solution (similar as Lightning Network is a second layer solution), but in this case it is a “centralized” federated sidechain which has its best use case for exchanges, brokers, market makers, etc. Why is it useful and is it even necessary? Why would we even want a centralized Bitcoin? We hope to provide you some answers.

One important difference between Lightning Network and Liquid is that Liquid is an actual sidechain, which means it produces its own blocks, but the assets are pegged to the real Bitcoin from the mainnet. That means that users can peg real Bitcoin to the Liquid sidechain in a transaction, which then gets converted into so-called Liquid Bitcoin (L-BTC) on the Liquid sidechain, while being frozen on the main chain. Instead of mining roughly 10 minute blocks by miners through Proof of Work, Liquid is much faster, because its blocks are produced every 1 minute, however not by Proof of Work, but by the authorized nodes signing the blocks. Liquid is therefore a permissioned network, where the nodes need to be given authority in a federation of nodes to authorize transaction. This means that Liquid takes advantage of a trade off between speed against permissionless, trustless and full decentralization. While at the same time it still utilizes the trustless and permissionless nature of the underlying blockchain.

Reason for this are the use cases and advantages for Liquid Network; it offers its participants:

*: because public blockchains offer full transparency on transactions, chain analysts can see large movements of funds between wallets and/or exchanges and therefore predict certain large buy or sell orders and they might make advantage of that knowledge at the cost of the trader. Confidential transactions on Liquid could protect exposure of users’ transactions.

Who will use the Liquid Network?

As explained the users will be nodes that have permission to enter the sidechain. How a participant can get this permission is not entirely clear. Mostly this will be exchanges, OTC (Over The Counter) markets, bigger traders/market makers and other crypto businesses.

The normal end user will not directly interact with Liquid, but will benefit for example when they send funds from one exchange to the other, because this will be much faster (near instant) and cheaper than it would be if the transaction would have to go over the mainnet.

Currently the first set of federated nodes on Liquid are a selection of 23 unregulated exchanges of the likes of Bitfinex and Bitmex. Notably regulated exchanges like Coinbase are not part of the Liquid Network yet and it is not clear if those exchanges will become a part any time in the future.

Besides the fact that Liquid has authorized nodes and produces blocks on it own sidechain (LN is not a block producing network, but routes payments over a network of payment channels), the big difference is its use case: Lightning is purely intended for (frequent) small/micro payments, while Liquid is more intended for large transactions between trusted entities.

Some have already speculated that the fact that Liquid is also a centralized Bitcoin version that enables settlement between trusted entities, like exchanges or any other financial institution, that this takes away the whole use case of Ripple and its native token XRP. Of course this could very well become the case, especially when Liquid will enable fiat currency settlements. We can at least say that there is a big potential for strong competition, but that will also depend a lot on the success of business development efforts from each side. Anyway Liquid would then also need to expand its network beyond “shady” unregulated exchanges to become a viable solution for traditional financial institutions.

As with all newly released experimental technical solutions, there are always challenges to be overcome on the road to full implementation and adoption, as well as with Liquid Network. Based on its very recent release, it is still hard to make any reliable predictions if this will become a great success for Bitcoin or it dies a quiet death. For now I think that the potential might be great as it offers enhanced efficiency for larger entities on the Bitcoin network, just like Lightning Network does for smaller payments, and off loading workload, which means more room for growth of operating on a much larger scale. It seems a great solution for exchanges, OTC markets and other larger market participants and indirectly also the user of exchanges. If it can also attract the business development that Ripple aims at, from a competitive perspective this could theoretically also give Bitcoin an advantage in that area.

Even though this project is still in a fairly early stage of development and the direct impact for every day crypto users/traders/investors might be minimal for the time being, there is once again more than enough potential to have more confidence in Bitcoin establishing a very base for the future.

For a video overview of the Liquid Network, please watch our video: